Check out an old convertible worth $1,000 turned into a badass spider car 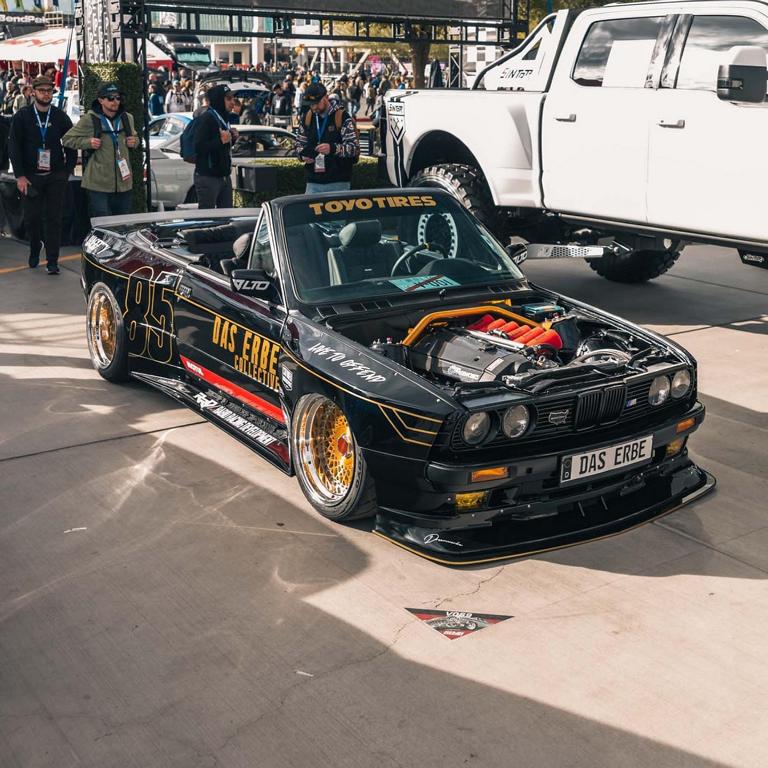 Independent designer Kyzyl Saleem a.k.a. Kyza does not build any cars himself, but his crazy tuning and styling projects often trickle down to the real world thanks to fans. At this year’s SEMA show, a company called Live To Offend unveiled this cool spider ride based on a mundane 1992 BMW E30.

The donor car was acquired for a token amount of $1,000. The entire restoration took four weeks, during which the convertible lost what remained of its top and became a roofless ride with only the windshield still in place. The used stock engine also departed, making room for a new S62 inline-six mill transplanted from the iconic BMW E36 M3.

The tuner borrowed the transmission for the project from an E46 M3 and the lockable differential from a Z3 M. Air-ride suspension was implemented, and Rotiform LHR ultra-wide wheels were put inside the arches along with Toyo R888 tires.

The cabin gained a pair of heated Recaro bucket seats wrapped in fabric. For a more complete look at the project, watch the embedded 15-minute video.