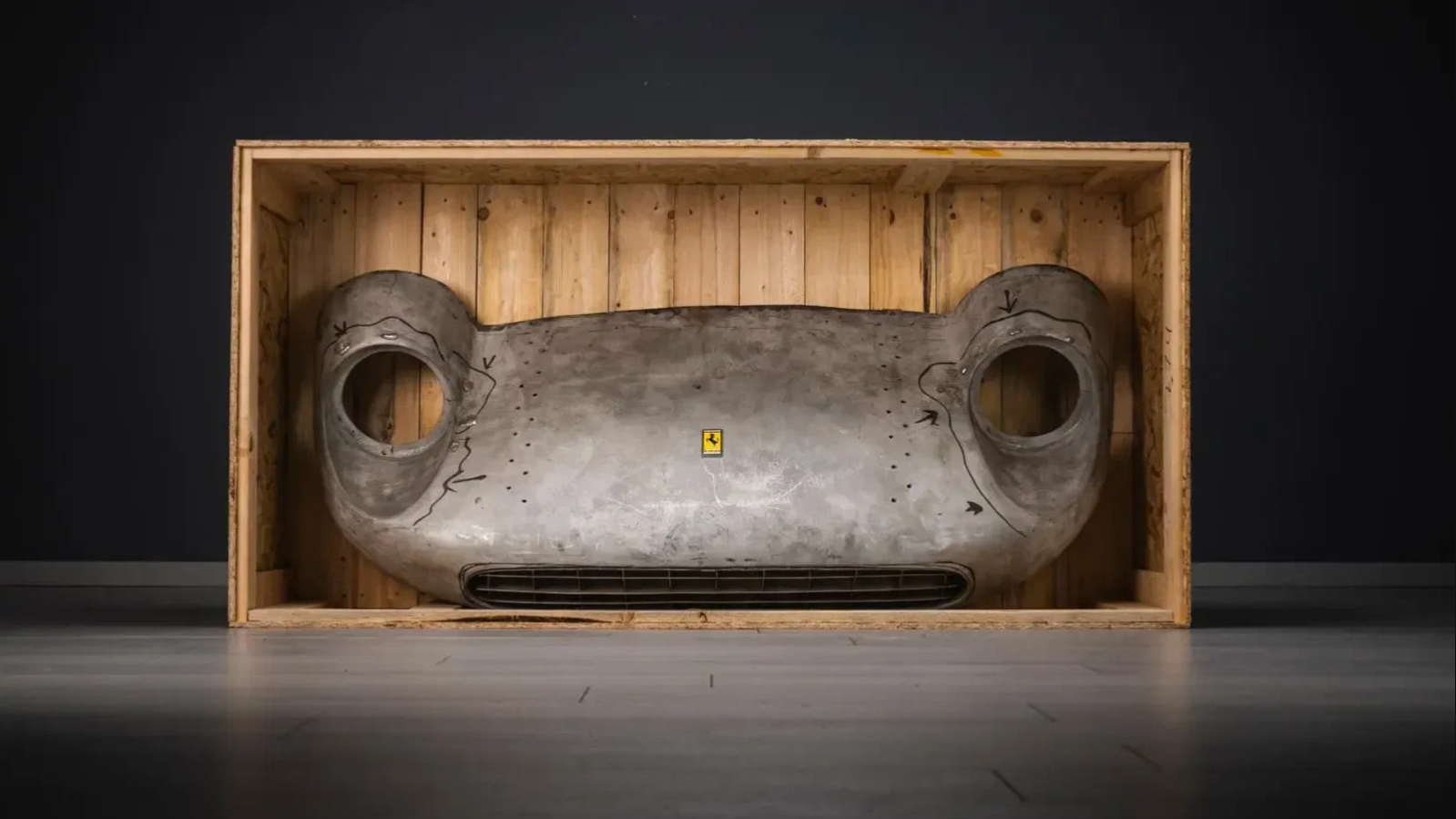 Someone just handed over 24,000 USD for a front element of a 1950s-era Ferrari intended for use as a home interior decoration.

The part allegedly belonged to a 500 Mondial Spyder model that was originally released in a production run of 21 units (see video). One of these cars later ended up in a workshop in Italy, where this part was removed alongside the radiator grille and the Prancing Horse logo.

The aluminum part was then brought to the United States. It had stayed in possession of its Californian owner for a decade until he decided to get rid of it. Since its removal from the Spyder, the fascia has been retrofitted with two metal angles to enable affixing it to a wall or suspending in from a pair of ropes.