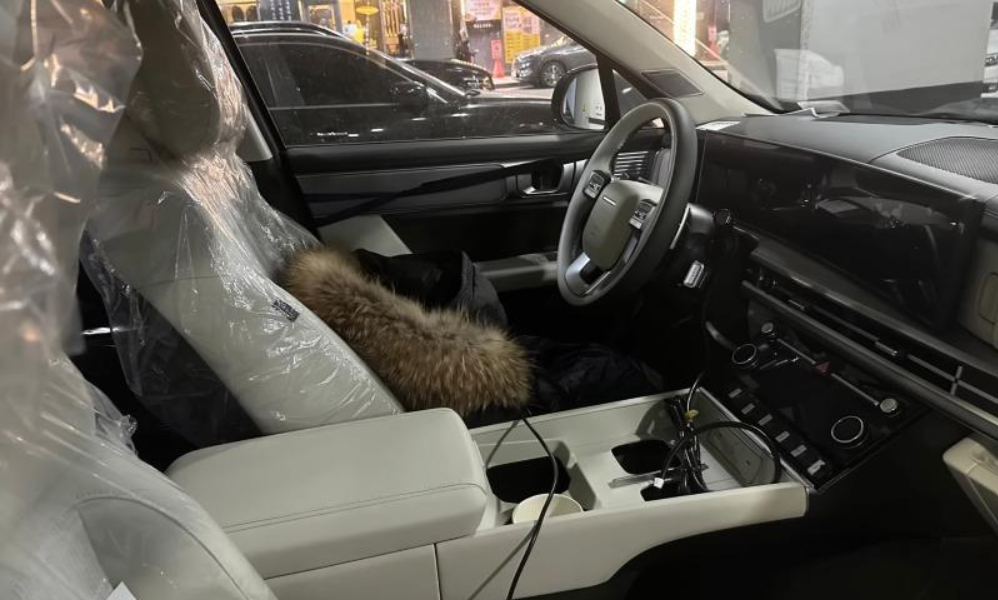 The next generation of the Hyundai Santa Fe will borrow its cabin design from the Grandeur model, as these spy shots clearly reveal. Sales in South Korea are expected to begin in late summer 2023.

The flagship saloon has defined the architecture of the new Santa Fe along with the styling of its individual elements. There are a revised HVAC unit, a reworked steering wheel and a curved display among the main highlights.

Changes on the outside are nearly as substantial. The spy photos made earlier reveal a distinctly boxier body that seems larger than before.

No technical specifications have been revealed yet. The current – fourth – generation of the Santa Fe received a refresh a couple of years ago, switching to the same platform as the Kia Sorento and receiving new powertrain options including mild-hybrid and PHEV.